Home » Events » Japan Update 2019: Leadership in a time of uncertainty

Japan Update 2019: Leadership in a time of uncertainty 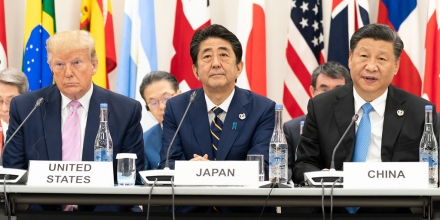 The Australia Japan Research Centre and ANU Japan Institute is proud to host the 2019 annual Japan Update conference — Leadership in a Time of Uncertainty — on Wednesday 4 September in the Molonglo Theatre, Crawford School of Public Policy.

Japan has entered a new Reiwa era with the new Emperor.

Japan is the world’s third largest economy with a stable government — Shinzo Abe is about to become Japan’s longest serving prime minister. But the country is dealing with domestic challenges of a shrinking and ageing population, a weak opposition and huge government debt. Internationally, Japan is navigating a path between China and the United States, a relationship with South Korea that is in free fall, and a North Korean neighbour with nuclear weapons.

What will Japan look like, as Tokyo hosts the Olympics next year?

This year’s update brings together distinguished experts in the fields of politics, policy, and economics from Japan and Australia for the latest research and debates on these issues.

Take a look at previous Updates, podcasts, and speakers via the links below.