Home » News » Collapse of the CDM Scheme under the Kyoto Protocol and Its Spillover: Consequences of "Carbon Panic"

Collapse of the CDM Scheme under the Kyoto Protocol and Its Spillover: Consequences of "Carbon Panic" 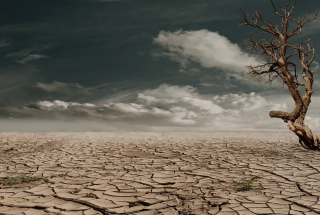 The Clean Development Mechanism (CDM) under the Kyoto Protocol represents the world’s first international carbon finance scheme that was prescribed under Article 12 of the Kyoto Protocol, which was adopted in Kyoto in 1997. This is a scheme whereby investing companies acquire CER (certified emission reduction) credits when it has been confirmed that they have made investments in energy conservation and new energy projects in developing countries in accordance with the rules and methodologies determined by the Conference of the Parties and the CDM Executive Board, and that the investments have contributed to reductions in carbon emissions. The initial objective of the CDM scheme was to make it easier for the EU and Japan, which were obligated to reduce carbon emissions under the Kyoto Protocol, to achieve emission reduction targets by enabling the acquisition of credits through investments in developing countries.

CERs issued under the CDM scheme have been traded and priced in major commodities exchanges around the world. In 2008, the first year of the first commitment period, the CER price hit a record high of 25 euros per ton of CO2. At first, the operation of the CDM scheme was successful. For example, between the launch of the CDM scheme and 2012, the final year of the first commitment period, a total of around 6,600 projects were registered under the scheme, while CERs totaling around 1.2 billion tons of CO2 were issued. In line with an increase in CER issuance, the CER price gradually fell, down to 10 euros per ton of CO2, but the price decline is considered to have been appropriately reflecting the CER supply-demand balance at the time.

However, in 2012, at the end of the first commitment period, the CER price crashed, falling to a meager 0.5 euro per ton of CO2 or so. Eventually, the CER market tumbled into a situation of “carbon panic,” with its pricing mechanism breaking down completely. This was how the world’s first international carbon finance scheme collapsed just five years after its launch. In this article, I would like to offer my personal opinions on the background to the collapse of the CDM and its spillover as viewed from my perspective as a member of the CDM Executive Board who experienced the scheme’s collapse from the beginning to the end and who is still dedicated to the scheme’s operation.

Background to the “Carbon Panic” of 2012

The primary background factors of the carbon panic that struck the CDM scheme in 2012 are problems created mainly by emission credit buyers, namely 1) the EU’s isolationist carbon policy that prohibited the use of CERs in the EU area and 2) Japan’s retreat from the commitment to its numerical targets. These problems led to the loss of the market’s confidence in the CDM scheme.

The European Commission was operating the EU-Emissions Trading System (EU-ETS) alongside the CDM scheme, but the slumping price of the EUR intra-regional emission permits became a cause for concern for the Commission against the backdrop of economic stagnation in the former Soviet bloc countries in Eastern Europe. The EU was aiming to implement a “European Green Economy” initiative under which generous quotas of emission permits granted to the former Soviet bloc countries would induce capital investment and help to promote economic revitalization and mitigate unemployment. However, what actually occurred in those countries was a nightmare situation: coal-fired power plants and coal mines eligible for generous quotas of emission permits were closed one after another, with coal replaced by cheap natural gas from Russia, resulting in massive surpluses of emissions permits and swarms of jobless people on the streets across the region. Therefore, although the European Commission initially allowed CERs to be used in place of EURs, it announced an isolationist policy reminiscent of the bloc economy era, under which the use of CERs was banned, starting in 2012, for existing and future projects other than those in least developed countries (LDCs) as part of efforts to raise the EUR price (Note 1) through a supply reduction.

In case of Japan, as all nuclear power stations were shut down due to the accident at Fukushima Daiichi Nuclear Power Station following the Great East Japan Earthquake in 2011, a political decision was made to set no numerical target for the second commitment period from 2012 under the Kyoto Protocol. Naturally, it was also decided that the Japanese government would not purchase CERs.

Consequently, those actions of the European Commission and the Japanese government, which happened to counter the CER trading apparatus, triggered the carbon panic, resulting in the CER price crash and the collapse of the CDM scheme.

Spillover of the CDM Collapse—Why do Negotiations over the Paris Agreement Remain Deadlocked?

As I already explained, companies in developing countries such as China, South Africa and Mexico have been major investors in CDM projects since 2013. They have assiduously amassed holdings of CERs for future use in preparation for developing countries’ upcoming participation in the Paris Agreement. Naturally, the EU’s proposal for invalidating CERs all at once in the name of “environmental integrity” has invited a firestorm of opposition. After all, the EU is one of the culprits of the carbon panic of 2012. Moreover, developing countries have now become major players in the CER market on both the buying and selling sides. Therefore, in the eyes of developing countries, the EU is simply a bully trying to ruin a system that they are no longer party to.

On the other hand, from the viewpoint of people involved in international carbon finance, it is doubtful whether emission credits will be able to find buyers in the period beyond 2030 under the Paris agreement because the compliance system through which the achievement of targets is assessed is much more lenient than under the Kyoto Protocol. In particular, concerns have been raised that if the massive holdings of cheap CERs are not to be carried over to the Paris Agreement regime, credit prices may become volatile under the agreement, prompting developing countries to refuse to purchase credits as a means of compliance and triggering a new carbon panic.

Under the Kyoto Protocol regime, the EU’s argument that only developed countries, including the United States, should be committed to emission reduction targets, was accepted widely among developing countries, allowing the EU to exercise leadership in negotiations. However, the United States has already withdrawn from the Paris Agreement, and it has become clear that the EU’s true objective under the agreement is realizing and protecting its own “green economy.” In this situation, it is entirely misguided to assume the EU can again exercise leadership within negotiations. As long as the EU tries to bind the hands of developing countries under the pretext of environmental integrity, the negotiations over the Paris Agreement will continue to become more complicated and the conclusion of negotiations will remain out of reach.

Read the article on the RIETI website or in Japanese.