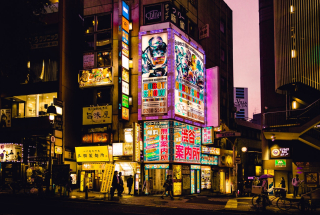 A newly established digital agency was unveiled in Japan on 1 September 2021. The agency, located in an Akasaka skyscraper, is unprecedented in every way. Under the direct supervision of the prime minister, with 120 of its 500 officials hired from the private sector, the new agency has the authority to manage IT system budgets across Japanese government ministries.

Compared with many of its Western peers, Japan has managed the COVID-19 crisis relatively well given its population size and ageing population. But there was one critical aspect of outbreak management in which Japan failed: the effective use of data and technology. In July 2020, then health minister Katsunobu Kato lamented that the greatest challenge in responding to the COVID-19 crisis was the ‘delay in digital transformation’. Creating the agency was one of Prime Minister Yoshihide Suga’s key policy pledges from day one of his administration. It was designed to overcome ‘the defeat in the digital war’. The new digital agency carries the heavy burden of wiping away the stain of this failure.

For many countries, technology plays an essential part in fighting the pandemic. In Japan, technology has been a weakness, not a strength. COVID-19 response experts from Japan’s health ministry faced difficulties collecting accurate and real-time data, such as the number of cases and vacant hospital beds. Precious time and resources were used to confirm numbers with local authorities by telephone and manually input data into computers.

System developments during the pandemic often failed. Health Center Real-Time Information-sharing on COVID-19, the system hastily built by the health ministry to collect real-time patient data, was criticised for its poor usability, as medical establishments were required to input more than 100 data points when scarcity of resources was the core issue. The COVID-19 Contact-Confirming Application was incompatible with Android operating system updates for months.

Why did a seemingly high-tech country face these challenges? Aside from simply getting rid of fax machines — a move recently ordered by the administrative reform minister — the Japanese government has to overcome a number of fundamental issues.

First, the government was hindered by insufficient in-house capabilities to manage digitisation. Software development is often outsourced to third-party vendors without proper knowledge and oversight. One of the reasons the government lacks internal capabilities is its personnel practice: procurements are managed by career bureaucrats, most of whom have a background in law or the social sciences. The accumulation of their professional knowledge is hampered due to frequent rotation within government agencies in short-term cycles of two years.

Under the lifetime employment culture, the government has very a small number of mid-career employees. The digital agency’s hiring of external experts on an unprecedented scale is thus an important milestone in improving its human resources pool and building digital capabilities.

Second, ministries have become silos incapable of building collective strategies or systems that best serve users. In addition to vertically segmented ministries and agencies, local and national governments experience poor data compatibility and coordination. Although the government created a post of Government Chief Information Officer in 2013 to oversee system procurement across ministries, the position lacked authority and resources. It will be a challenge for the new digital agency, which was given significant authority to consolidate the overall IT budget, to manage and coordinate different entities effectively.

Finally, the Japanese government needs to work out how to use personal identification numbers — the so-called My Number system — more effectively. Currently, the design of policy programs is constrained by legal obligations relating to the use of My Number. For instance, the government cannot use My Number, which is used for tax filing, to identify those in need of cash transfers. Additionally, My Number is not linked to bank accounts into which a payment can be made, thereby requiring cumbersome clerical work at municipal offices to distribute money. The inflexibility and narrow scoping of the My Number law limits the government’s ability to implement its policies swiftly and efficiently using digital tools. The new agency must gain the trust of and explain to citizens, the benefits of using My Number and how the agency intends to address privacy concerns.

The new digital agency will carry a huge burden. It must tackle the issues it faces with strong political leadership, legal authority and talent from the private sector. Fortunately, rage over the failure of Japan’s digitisation has ignited a call for change and the agency has strong support from the Japanese public as well as the information technology industry. The agency’s open recruitment from the private sector was also highly competitive, with an application-to-job opening ratio tenfold over.

The COVID-19 crisis has dramatically exposed Japan’s failed digital transformation. Nowhere is the need or reward for digitising processes greater than in the business of the Japanese government.

Jun Mukoyama is a Fellow at the Asia Pacific Initiative.

This article appears in the most recent edition of East Asia Forum Quarterly, ‘Confronting crisis in Japan’, Vol. 13, No 3.

Image taken by Aleksandar Pasaric and sourced from Pexels.