Japan Update 2019: Leadership in a time of uncertainty — Summary 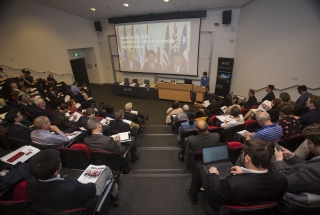 On 4 September 2019, the Australia-Japan Research Centre and the ANU Japan Institute gathered a group of esteemed global experts from academia, business and government for the 7th Japan Update. Presenters and panellists examined the latest developments in Japanese politics, economics, public policy and foreign policy against the backdrop of increasing uncertainty.

The opening keynote speech was delivered by Ms Yoko Kamikawa (MP and former Minister of Justice, Japan). Ms Kamikawa outlined Japan’s need for foreign workers given its declining population and chronic labour shortages in certain sectors. She explained the recent steps that Japan has taken to accept 350,000 new foreign workers in 14 specific sectors over the next five years and the lessons Japan must learn from its past programs, accepting Nikkei foreign workers since the 1980s and the Technical Intern Training Program since 1993, to better integrate foreign workers. Ms Kamikawa underscored the need for a national vision to take the onus off of local governments in order to improve Japanese language learning opportunities and develop better access to the justice system for foreign workers and their families and to build a cohesive multicultural society. 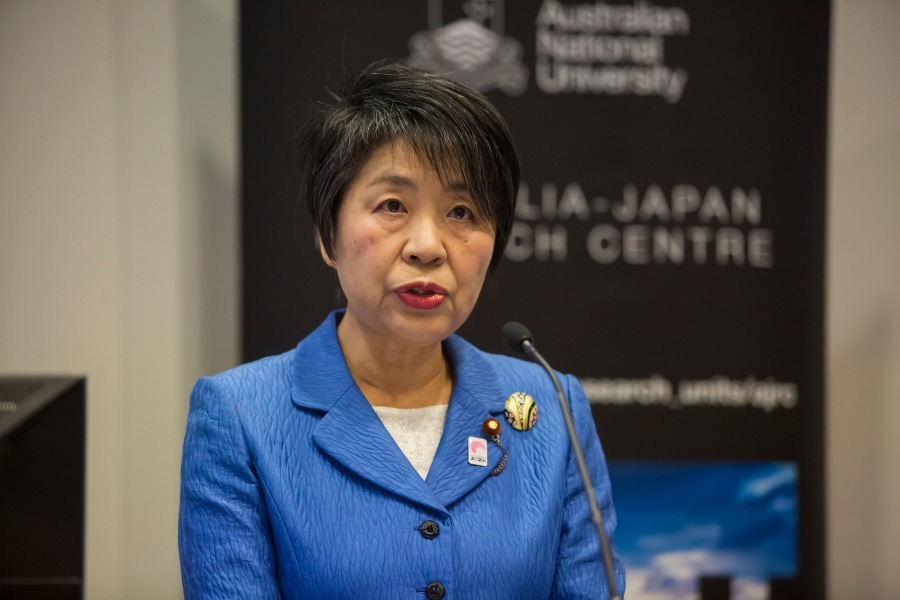 In the economy session chaired by Professor Ippei Fujiwara (ANU & Keio University), Professor Sakakibara (UCLA) explained how Japan’s demographic structure has shifted from a healthy pyramid toward a ‘mushroom cloud’ and the resultant low unemployment consistent with shrinking population. She further explained the labour policy challenges Japan faces including: restrictions on labour mobility and the timing of new hires, barriers to entrepreneurship, restrictions on the gig economy, and the need for increased on-the-job training at the college level. Mr Takashi Kozu (Ricoh Institute of Sustainability and Business) gave an overview of external risks to the Japanese economy — the US-China trade war, an appreciating yen, and new manufacturing competition with China and South Korea. He also explained that while Japan’s productivity per worker per hour has been increasing, the number of regular employees has been levelling off since the late 1990s, the number of non-regular employees has been increasing, wages aren’t increasing, and that Japan has suffered from repeated mild deflation. 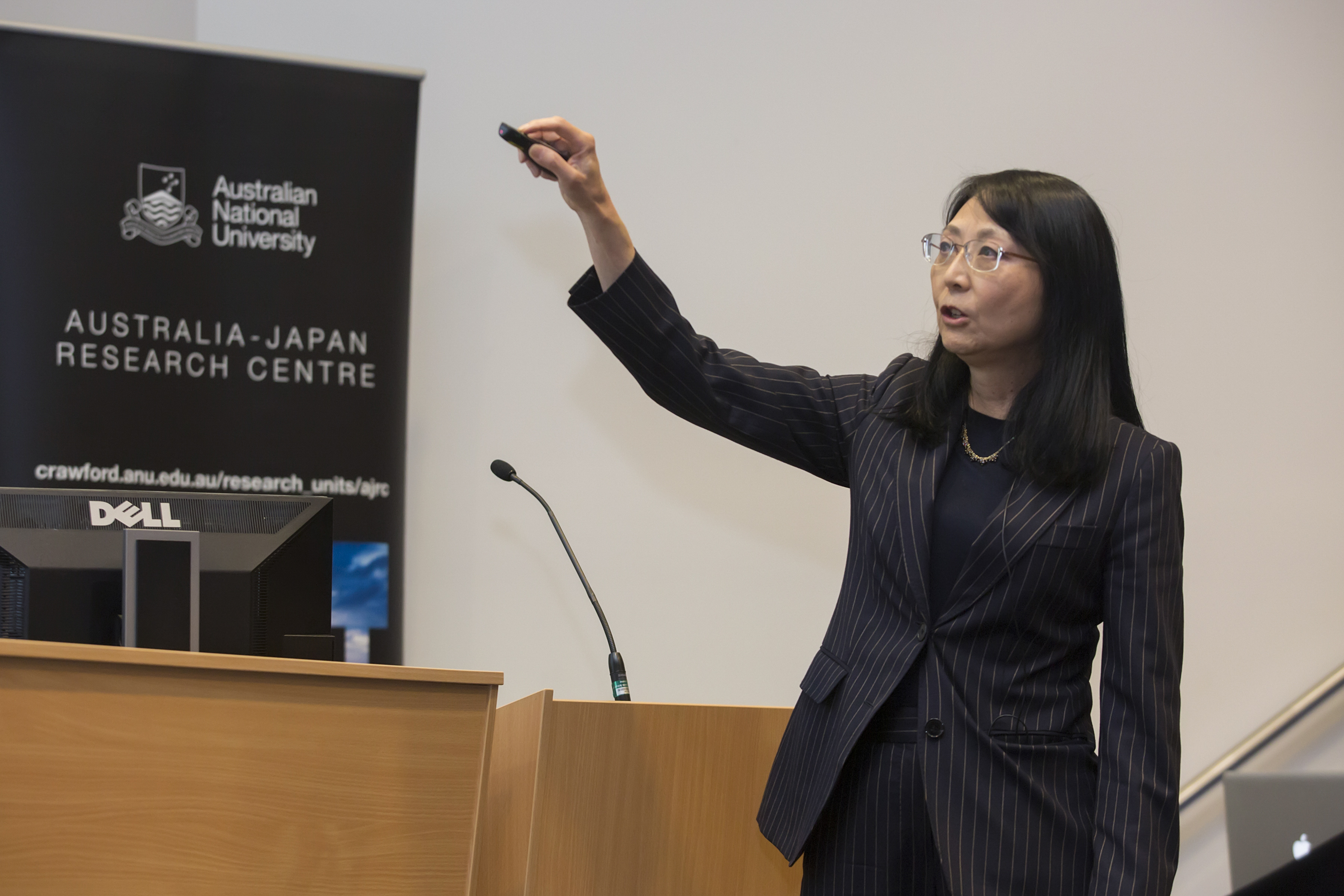 Dr Shiro Armstrong (ANU) chaired the panel discussion on ‘Australia and Japan in a new regional order’ against the backdrop of increasing US uncertainty and global economic headwinds. Professor Yasuyuki Todo (Waseda University) explained the risks of the US-China trade war and the Japan-ROK trade dispute from the perspective of negative propagation effects through global supply chains and financial networks and the need for Australia-Japan cooperation to promote the diversification of economic partnerships around the region and to avoid regional economic decoupling. Dr Amy King (ANU) argued for the need for a clearer vision for Japan-Australia cooperation beyond bilateralism, including expanded cooperation with Southeast Asia, in order to secure a liberal international order that provides security for all states big and small. Ms Melanie Brock (Melanie Brock Advisory) noted that amidst global uncertainty Australia and Japan maintain a stable business relationship, but a big push is needed in order to engage younger audiences, raise the profile of the relationship and build a solid foundation into the future.

The political keynote was delivered by Professor Kiichi Fujiwara (University of Tokyo). He described Japanese Prime Minister Shinzo Abe’s embrace of US President Donald Trump in hope of a tougher US approach against China than President Obama. Professor Fujiwara noted that while Abe has cultivated outstanding personal ties with Trump the policy results have been lacking including on trade relations, alliance politics, and diverging US and Japanese policies toward China and North Korea. He explained the advent of Kantei diplomacy — the concentration of political decision-making and policymaking coordination in the cabinet secretariat. And while this has allowed for top-down leadership and flexibility it has also resulted in the demise of professionalism in foreign policy formulation and a string of policy failures such as Japan–Russia relations, trade negotiation with United States, and Abe’s Iran initiative.

The politics and foreign policy panel was chaired by Professor Rikki Kersten (Murdoch University). Professor Purnendra Jain (University of Adelaide) outlined the dominance of Japan’s ruling LDP, the weakness of the opposition parties, and Abe’s continuing pursuit to revise Japan’s Constitution. Professor Kiichi Fujiwara explained that Abe’s balance between nationalism and pragmatism is a function of core beliefs and his desire to stay in power. Professor Rumi Aoyama (Waseda University) explained that despite significant tensions Japan-China relations have been improving, including the signing of the Maritime and Aerial Communication Mechanism and 52 MOUs for joint infrastructure development, and that pragmatism will endure as long as the US-China trade war continues. Dr Lauren Richardson (ANU) explained that the source of Japan-South Korea tensions is not just government-to-government relations but originates in relations between the South Korean government and South Korea victims of wartime Japan (forced labourers and comfort women) who oppose the Japan-ROK 1965 Basic Treaty as denying them justice. 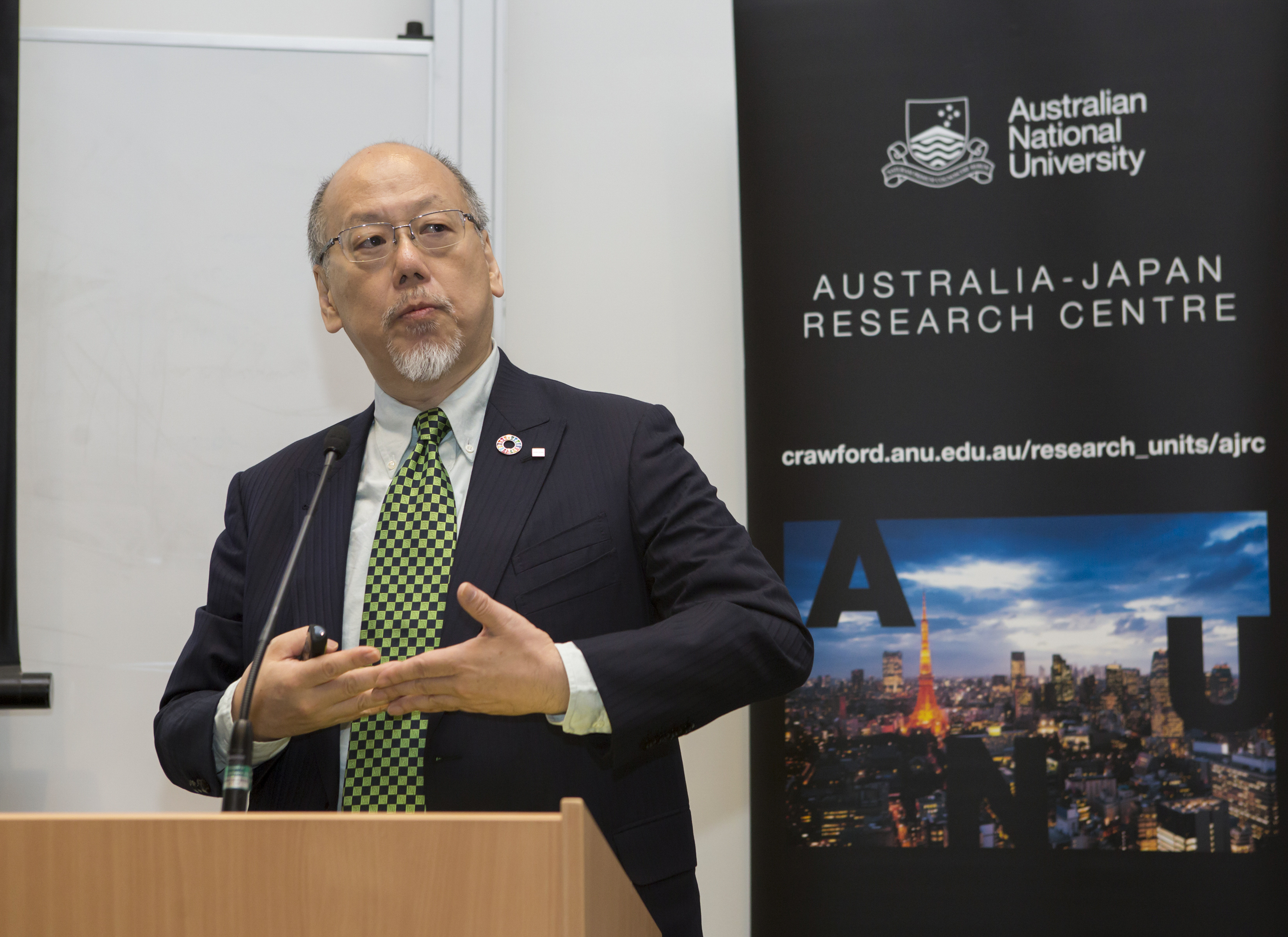 In a prelude to the final session, Mr Reuben Keehan (Queensland Art Gallery) introduced the work of Okinawan artist Mao Ishikawa whose photography deals with the subjects of gender, identity, locality, and emerging multiculturalism in Japan with a commitment to showcasing those marginalised in public discourse.

Japan Update 2019 was co-sponsored by the Australia Japan Foundation.